What CASLE Did and Why

With solid information, respect, and persistence as our primary tools we can help provide environmentally healthy products and practices in schools, and healthy school buildings.

“WORKING TOGETHER FOR HEALTHY SCHOOLS”

Whether you are a concerned parent or teacher, a professional designing a new school, a principal or a maintenance manager, CASLE’s website offers you over 25 years of experience and resources to help solve problems, and to show how healthy school environments benefit students and staff.

Clean air and a healthy environment are as important to learning as are a good curriculum and good teaching. Health, behavior, and learning ability can all be influenced by school environments.

With increased public interest in the environment, even more improvements are happening at all levels. CASLE’s work toward less-toxic/low-emission cleaning materials and building materials, for example, fits well with the work of other environmentalists.

CASLE closed its doors in 2018, but has kept this website available because much information is still relevant. CASLE worked hand in hand with the system, using the best available scientific information coupled with the Precautionary Principle.

Canadians for A Safe Learning Environment (CASLE) was a Registered Charity that worked to improve the condition of school buildings and the products and practices used in schools, so that school children and staffs have safe and healthy places to spend their days. Our main focus is Indoor Environment Quality, but we exercised our mandate more broadly if needed. CASLE worked hand in hand with the system, using the best available scientific information coupled with the Precautionary Principle. With solid information, respect, and persistence as our primary tools, CASLE educated, and assisted others to provide healthy school environments. Much has been accomplished, but there is much yet to do.

We documented school environment quality incidents, partnered with school boards and government departments to create thorough and effective changes, and assisted dozens of groups, school boards, parents and teachers to improve schools across the Province and the continent. Our website provides over 25 years of information and assistance to school board maintenance managers, teachers, parents, the media, government departments, politicians, and unions. CASLE has won several awards for the quality and results of our work.

Selected contributions of CASLE’s CEO/President, Robinson, when the board volunteer staff was reduced, particularly in the later years:

For a more complete list of CASLE’s work, although it is impossible to list everything, go to https://casle.ca/a-casle-summary-2021/

Some historical documents are being posted on this website under the “CASLE Archive” tab.

The Story of CASLE: Toward Healthy Schools

This list goes on. These were normal conditions in our province’s schools. Children’s well-being and learning ability were being affected. Staff who spent their careers in these buildings were often suffering from building-related related health issues. It would be interesting to recount the cases in detail, the names and lives, and how each change was wrought, but that would require writing a book.

We who formed CASLE (Canadians for A Safe Learning Environment, earlier as Citizens for A Safe Learning Environment) soon realized we had work to do on many levels if changes were to be significant, and if they were to last any longer than our own daily vigilance. Principals, teachers, custodians, board members, maintenance managers, officials of government departments, politicians, parents, and citizens in general had to have their eyes opened as ours had been.

We found at first that, in particular, the Department of Labour’s Occupational Health and Safety Division was aware and was willing to take action with us. Regulations at the time had prevented their entry into schools without an invitation. Changes had to happen.

The province and country were reeling from the fall-out of the 1992 Westray Mining Disaster. Halifax’s Camp Hill Hospital incident was happening. It was to date the world’s largest incident of Sick Building Syndrome with over 800 staff sick and off work. There were new Labour regulations coming, a strong will among officials to prevent more harm, and CASLE’s timing was perfect. Twenty-six miners would not die in vain.

Over the years we faced many obstacles, detractors and discouragements. Those would be interesting stories for “the book”.  We remained determined and always respectful, and overall buy-in progressed.

Over the years we faced many obstacles, detractors and discouragements. Those would be interesting stories for “the book”.  We remained determined and always respectful, and overall buy-in progressed. A major obstacle was finding funding, and for a leading-edge effort that was not easy. That caused the second major obstacle, finding skilled people who would work as volunteers. We decided this work was too important to stop. CASLE’s working Board shifted over time as members came and moved on. Throughout, Karen Robinson remained, and in the final 14 years she and Janice Moore (treasurer) continued the hands-on work with the managing Board of Directors supporting, along with the huge number of government, agency, research and citizen supporters and partnerships.

CASLE recognized there were problems in school indoor air quality and health and safety. Some were long-known and regulated issues such as asbestos, silica, fuel leaks. Others were more recently recognized issues such as toxic chemicals in everyday products, and indoor mould growth.

CASLE proceeded by documenting every incident and issue they found in schools, researching the topics, seeking specialists locally and anywhere in the world who would answer questions, help with facts and with finding better options. This was 1992,1993, 1994, before the internet made this easy. However, since researchers and experts were eager to have their work used, CASLE immediately found excellent quality information from willing experts at the end of a phone line or from letters and faxes. Lasting relationships were built.

CASLE gave talks to schools, departments, media, wrote letters, helped schools and individuals and in a most practical way, became the catalyst for positive change. Often over the years we have heard decision-makers say “You never once steered us wrong.”

Nova Scotia became a leader in Healthy Schools operation and construction in North America largely due to the collaboration between CASLE and the Nova Scotia Departments of Education, Labour/Occupational Health and Safety, Health, and Public Works.

As changes progressed, we were invited to speak at conferences, where we learned even more, built more relationships, and where researchers and engineers/architects were excited to help us. Really excited, because while they develop and test theories, we in Nova Scotia were applying that information, DOING it, making the changes and bringing the healthier options into use – products, practices and building conditions.

Much progress was made because several government departments and school boards made Indoor Environment Quality in schools a priority. Some pivotal events were:

We owe huge thanks to the many who helped us, including scientists and professionals who saw the potential in us, waived any fees (we had no money and were volunteers), and generously gave us huge amounts of information, guidance, and research. Also to the decision-makers at all levels who recognized what needed to be done, saw that this group had the capacity to collaborate, and took action.

A Look at Progress:

These are some examples of changes since CASLE started working. The complete list would be very long. CASLE played a role, sometimes major, sometimes minor, in each of these and many more improvements which happened during our tenure. Our hope now is that they continue:

The benefits and cost savings to families, to the health care system, to insurance claims, and to the Province also bear mentioning. Long before most regions were even aware of the importance, Nova Scotia’s schools were using preventive measures to reduce health-related problems. Most schools have been repaired or upgraded, and those that can’t be fixed are replaced. When problems arise, they are noticed and fixed. Still, some of these conditions can sometimes be found in our province, and much work is needed elsewhere in Canada and the United States.

What is a Healthy School?  “A school with the following attributes would support student and teacher health, learning, and productivity: a dry building with good indoor air quality and thermal comfort, that is clean, quiet, and well maintained.” (W.J. Fisk et. al., Significance of the School Physical Environment – A Commentary. June, 2016)

Because of the potential for real harm to students or staff, it is important that we remain aware of these and other hazards, continue to address them, and look for potential new hazards that might emerge as time and technologies progress.

CASLE received the 2005 Health Promotion and Innovation Award of Excellence from The Canadian Institute of Child Health, Ottawa, 2005 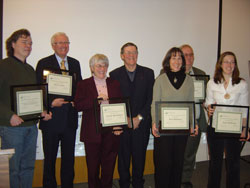 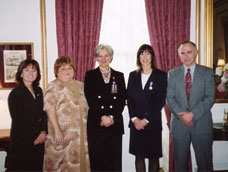 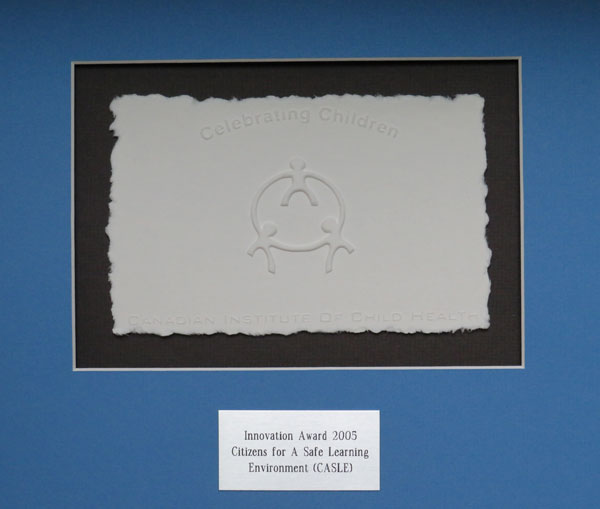 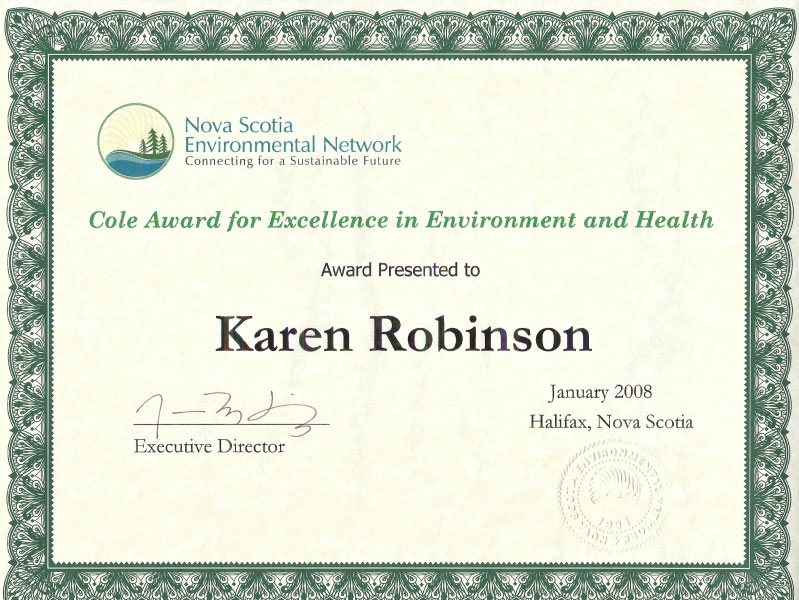 NSEN Award of Excellence in Environment and Health 2008 – Karen Robinson 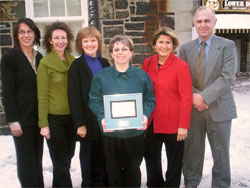 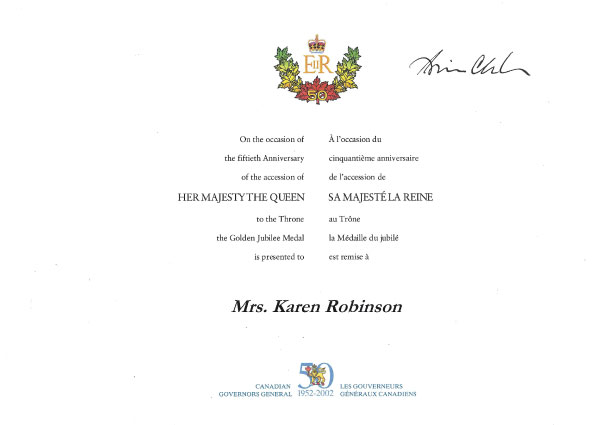 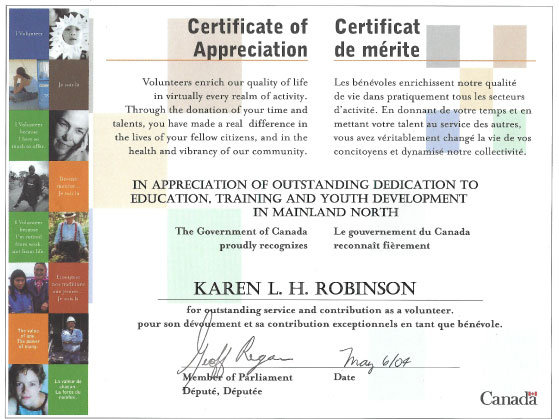 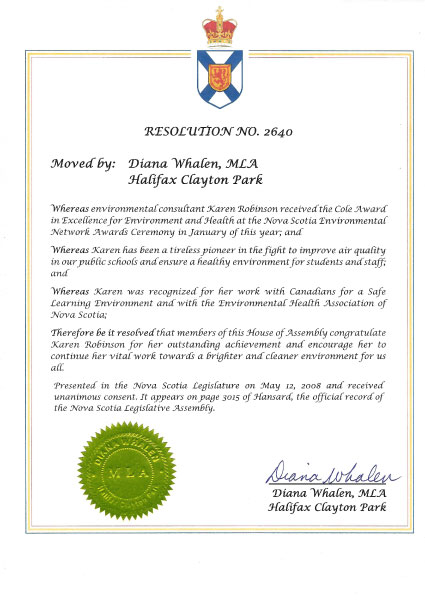 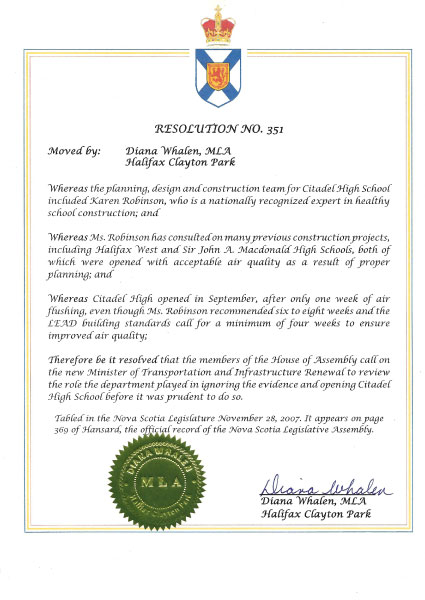 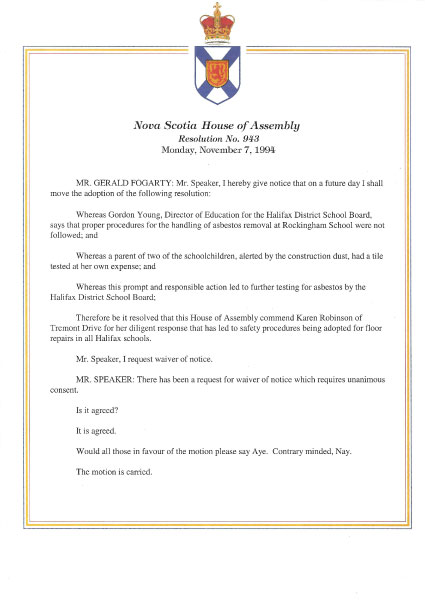 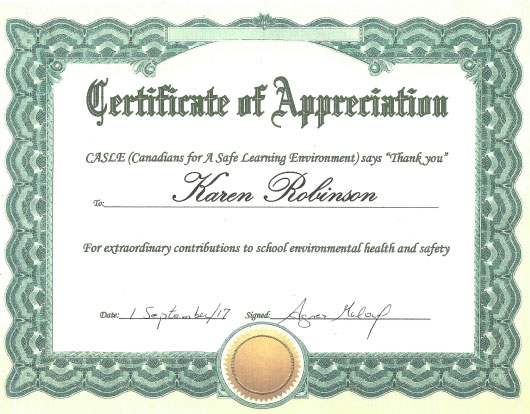 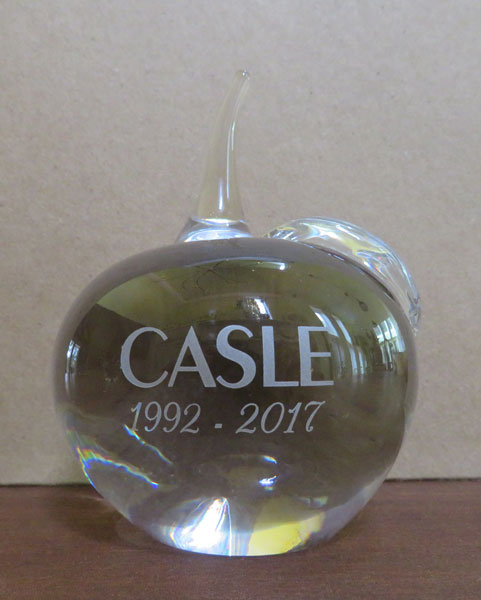 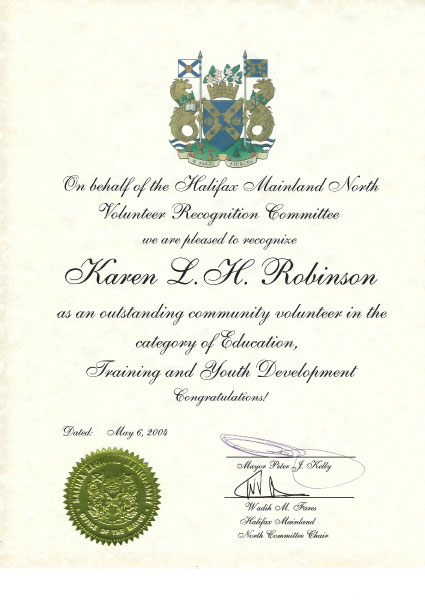 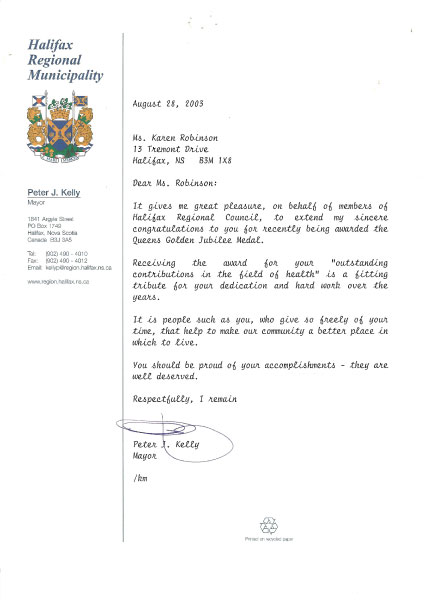 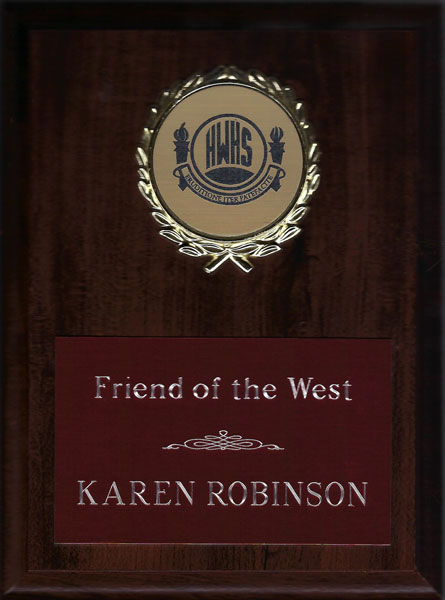 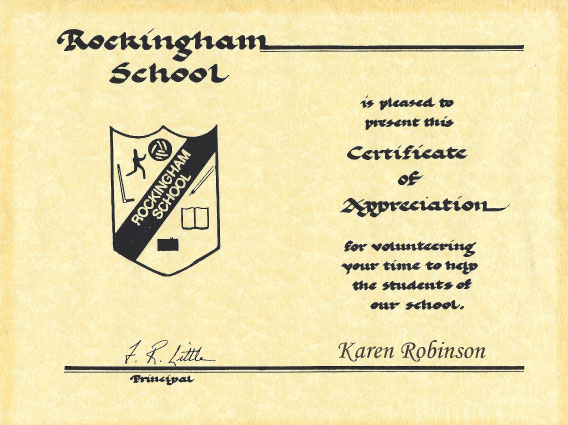 Some Work to do

Copyright © 2000 Canadians for A Safe Learning Environment,
All Rights Reserved.